Andy Ackerman
Keep on Truckin' is the premiere episode of the new spin-off of Roseanne titled The Conners, thus it is the 1st episode of Season 1. It's the first episode not to feature the character of Roseanne Conner as played by Roseanne Barr.

A sudden turn of events forces the Conners to face the daily struggles of life in Lanford in a way they never have before. 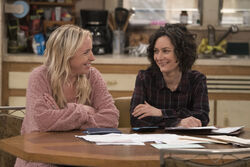 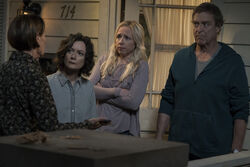 Retrieved from "https://roseanne.fandom.com/wiki/Keep_on_Truckin%27?oldid=12288"
Community content is available under CC-BY-SA unless otherwise noted.